Cedric Grolet Up Close and Personal

To lovers of French pastry: if you haven’t heard of Cédric Grolet, it’s time to add him to your radar. Over the years, his social media presence has garnered him over 2.000,000,000 followers on Instagram (@cedricgrolet) with his spectacular works.

Cedric Grolet, at age 11, was already clutching the whip in his hand. He worked in the kitchen of his grandparents’ hotel in Andrézieux-Bouthéon, in the Loire Valley.

At age of  13, he officially became a kitchen apprentice and at 14, he entered the pastry school.

From the age of 15 he began to collect a number of awards – including the National Trophy for Sugar Art.Why art? Because Cedric took art classes until he was 18 years old but since he was a child he passed the time drawing.

Only see this beautiful and edible art 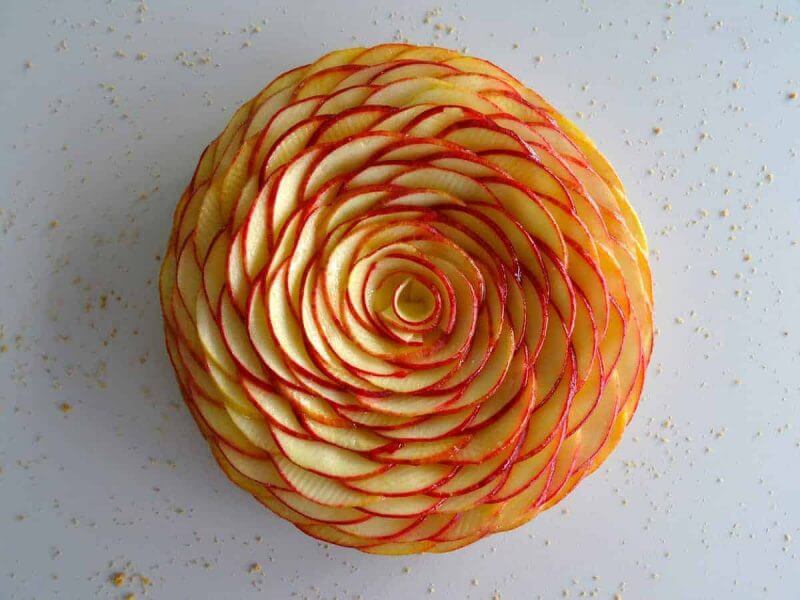 After graduating, at age 21, Cedric Grolet went to work at the renowned Fauchon, where some of the great pastry chefs from all over the world have already passed.
Hard-working and obsessed with perfection, chef Grolet is also a virtuoso technician and likes to outgrow his own limits with his original creations.

In front of a brigade of 20 people, Cédric is responsible for the whole pâtisserie of the hotel Le Meurice (restaurant, tea room, breakfast, brunch, etc.). Pencil in hand, he spends hours drawing and adjusting his creations. 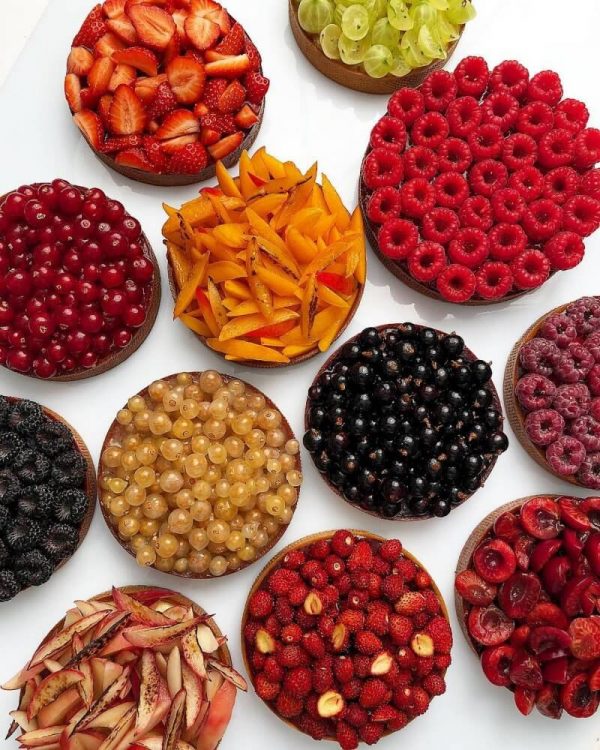 His signature desserts have a common characteristic, the trompe l’œil, an artistic technique used mainly in painting and architecture where the artist guides the view of the observer making him imagine that what he sees is a real image. The works seem so real that only with a more careful and time-consuming look can one perceive that it is a painting.

They are lemons, hazelnuts, pears, apricots, avocados, oranges, apples, reproduced perfectly. The skin is made of chocolate, the filling of a mousse of surprising lightness and a refreshing jelly made with the fruits themselves.

We are impressed, And you? 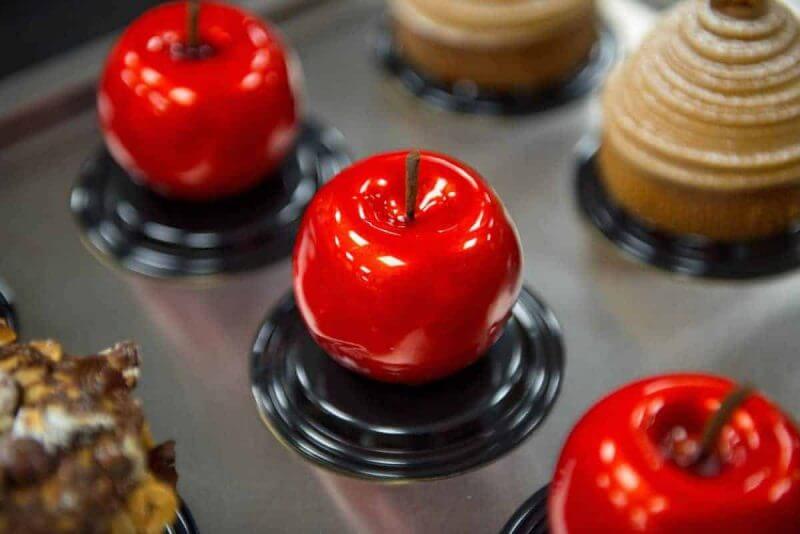 “When I was a child, instead of eating sweets, I ate fruit, it’s the nature that always inspired me. Some fruits are very good if tasted naturally, but still better when you concentrate the flavor. I’m only satisfied when my dessert is better than the fruit that inspired it!I am a man who likes simplicity, and my work is dictated by the seasons. ”

His masterpiece, “the hazelnut,” is a large reconstituted hazelnut, covered with a foam scented with an infusion of roasted sicilian hazelnuts, salted butter caramel, praline and a shortbread biscuit. 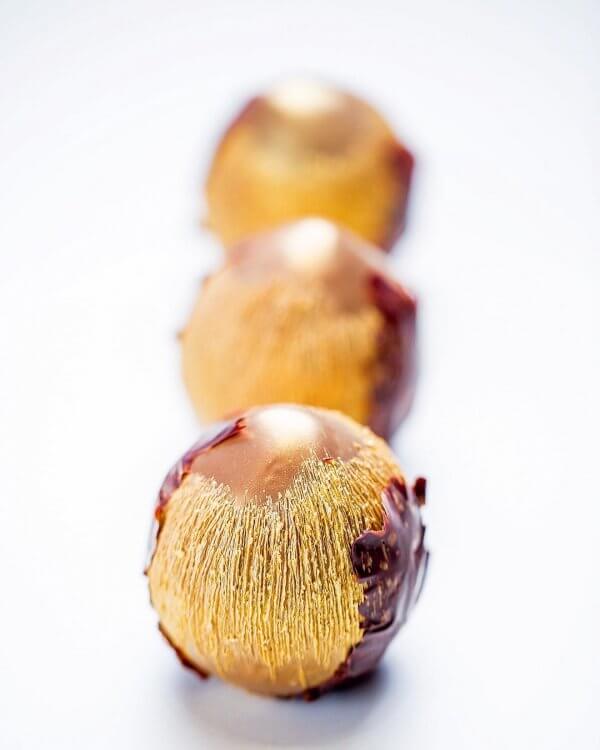 In 2017, chef Cedric Grolet toured the world to present his work in schools and discover other cultures through his kitchens: Moscow, Japan, China, Australia, Singapore, Thailand, Chicago and Mexico were the chosen countries.

His Instagram account has subscribers around the world, some of whom book their five-day courses months in advance and travel miles to get to know you. 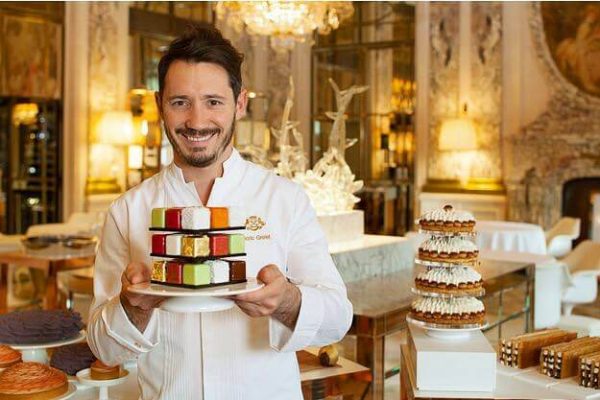 In the last years Cedric Grolet has won the most prestigious prizes of the world confectionery:
– Best Chef Confeiteiro of France of the year 2015 by Magazine Le Chef
– Relais Desserts Award for the Best Confectioner of 2016
– Omnivore 2017 Pastry Award
– Best Pâtisserie chef in the world for “Les Grandes Tables du Monde” 2017
– Best chef of Pâtisserie 2018 according to the guide Gault & Millau.
– Best Pastry Chef, The World`s 50 Best Restaurants 2018

And find out more about Chef in this excellent video (in French):

Check out the delicious recipe 11 Essential Cocktails for Your October Parties 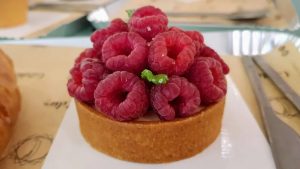 The Best Pastry Shops in Barcelona: Cakes, Croissants and more

Turn your passion into your profession!

This website uses cookies to improve your experience while you navigate through the website. Out of these, the cookies that are categorized as necessary are stored on your browser as they are essential for the working of basic functionalities of the website. We also use third-party cookies that help us analyze and understand how you use this website. These cookies will be stored in your browser only with your consent. You also have the option to opt-out of these cookies. But opting out of some of these cookies may affect your browsing experience.
Necessary Always Enabled
Necessary cookies are absolutely essential for the website to function properly. These cookies ensure basic functionalities and security features of the website, anonymously.
Functional
Functional cookies help to perform certain functionalities like sharing the content of the website on social media platforms, collect feedbacks, and other third-party features.
Performance
Performance cookies are used to understand and analyze the key performance indexes of the website which helps in delivering a better user experience for the visitors.
Analytics
Analytical cookies are used to understand how visitors interact with the website. These cookies help provide information on metrics the number of visitors, bounce rate, traffic source, etc.
Advertisement
Advertisement cookies are used to provide visitors with relevant ads and marketing campaigns. These cookies track visitors across websites and collect information to provide customized ads.
Others
Other uncategorized cookies are those that are being analyzed and have not been classified into a category as yet.
SAVE & ACCEPT